Increased tourism! Revenue upswings for local businesses! Job creation for artisans! These are all documented results of being selected for the National Endowment for the Arts (NEA) Our Town Grant. In our NEA Art Works post, we mentioned the many ways that art is good for us. As it turns out, art is also good for the world around us too. It can encourage economic development, spur revitalization, increase civic involvement, and reinforce our sense of community.

The main objective of NEA’s Our Town grant is to help localities capitalize on these benefits by encouraging creative placemaking. An emerging practice, creative placemaking uses the transformative power of the arts to make communities better places to live and work. Artists become alchemists as they join with civic leaders, technical experts and most importantly local residents to overcome challenges in insightful and inventive ways. Solutions can be applied to everything from the local economy to infrastructure. Whether communities wants to reinforce and reaffirm their traditions in a modern world, or need to reinvent themselves in light of post-industrial structural changes, creative placemaking allows them to find new ways forward that are uniquely their own.

There are so many innovative ideas in the NEA's Our Town Showcase, it is hard to pick only a few examples. It is a resource that deserves to be explored to understand the versatility of issues that Our Town Grants can be used for. Furthermore, it documents the unexpected consequences, many positive, that winners experienced, such as pop-up fitness programs, national media coverage, and new volunteer groups. But even the not-so-positive results can be lessons learned for the next time.

Greensboro, NC – In Greensboro, an old, unused railroad overpass long cut off the heart of the city. With the help of the Our Town grant, a barrier was turned into a bridge as the overpass became a four-mile-long greenway and public art destination. Not only has the project surpassed projected investment plans for further development, but the use of the area for popular fitness events exceeded all expectations.

Houston, TX – Residents of the Southeast Houston neighborhood teamed up with artists to make sure their narrative was reflected in public art and architecture. Poets even visited schools to allow children to tell the story of their community. There was such local support, that a new organization, the Southeast Houston Transformation Alliance (SEHTA), was established to continue the commitment to creative placemaking in Southeast Houston after the grant cycle is over.

Indianapolis, IN – 70 percent of Indianapolis’ drinking water comes from the White River. Since it is not highly visible, most residents were not aware of it. Thanks to artist Mary Miss and her “Flow: Can You See the River?” project, there is an increased consciousness not only of the river, but the environmental impact Indianapolitans have on the ecosystem in general. No longer out of sight and out of mind, the White River now serves as a catalyst for greater public stewardship of natural resources.

Squaxin Island Tribe – Every year, Native American Tribes of the Pacific Northwest and First Nation Tribes of Canada take a Tribal Canoe Journey. In 2012, the Squaxin Island Tribe hosted the journey as a way to both celebrate their traditions and share their culture with non-Natives. The Squaxin Museum and the Longhouse Education and Cultural Center of Evergreen State University helped the tribe to create residencies, workshops and other events that highlighted the importance of art and culture in tribal identity.

Covington, KY – In partnership with the American Sign Museum, the CoSign initiative trained local artists in commercial signage. Local business received new handcrafted, aesthetically beautiful signs for their store fronts. The business district got a facelift and the artists added viable skills to their repertoires. With more interest from businesses than expected, Cosign is developing a toolkit to expand the program to other areas.

Grand Rapids, MI – The international art competition ArtPrize is helping Grand Rapids redefine itself from a former auto manufacturing town to a popular tourist destination. In 2010, 250,000 people from all walks of life came to downtown Grand Rapids to view the exhibits in the competition. Grand Valley State University estimated ArtPrize contributed $5 million to the local economy. Even more encouraging, businesses that served as venues saw increased activity even after the event was over.

Atlanta, GA – The Atlanta Beltline is arguably one of the most dynamic urban redevelopment projects in the country. The historic 22-mile railroad corridor than encircles the city is the framework for a project that will ultimately create 33 miles of multiuse trails, 1,300 acres of parks, 5,600 affordable housing units, 1,100 acres of brownfields restoration, 30,000 permanent new jobs and $10 - $20 billion in economic development. What is more, 45 neighborhoods will be connected to downtown Atlanta and each other via several pedestrian friendly transit options. Art is a critical part of the Beltline. Atlanta Beltline, Inc., received an Our Town grant in 2014 to design the Reynoldstown Stage, and the Office of Cultural Affairs was funded the following year to support the Atlanta Beltline Arts and Culture Masterplan. In 2015, there were more than 330 displays along the corridor. The exhibition season runs from September through November each year, and is kicked off with a lantern parade where the visitors themselves become performance artists for an enchanting example of creative placemaking.

Applying for the Our Town Grant

Awards are in two major areas:

Arts Engagement, Cultural Planning and Design Projects – These will represent the distinct character of their communities. Partnerships between nonprofits and a local government are required, and one of these partners needs to be a cultural organization.

Projects that Build Knowledge About Creative Placemaking – Eligible applicants are arts and design service organizations, and industry, policy or university organizations that provide technical assistance to those doing placed-based work.

UPDATE:  This article was originally posted on 7/13/16. The current deadline is September 25, 2017.  As stated on the NEA website, the President's FY 2018 budget has proposed that the National Endowment for the Arts be eliminated, however, Congress determines the budget and the NEA will continue to accept grant applications for FY 2018.

We have  compliled a list of links to a white paper, toolbox, additional funding sources and more.  You can access by clicking the link below: 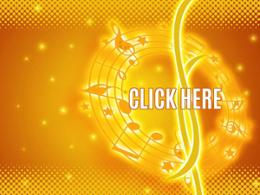 A junior high school students decides she no longer wants to skip school. A senior citizen finds he...

The Farm to School Grant Program 2017 - Digging Your Veggies

Eat healthy! That has to be one of the most timeworn sentiments ever directed at children. But...

The Community Development Block Grant Program (CDBG) was created in 1974 to provide communities...