Parks as Catalysts for Economic Development

As cities strive to recover from the nation’s most recent recession, projects that create new jobs, retain existing ones, and attract new businesses are in high demand. Economic development is the buzz term of the day and communities are constantly seeking grants and other funding sources that will support their employment goals. However, one area is often overlooked in the discussion—parks. Yes, parks!

The obvious benefits of parks are pretty well known. They add value to communities by creating green spaces, improving the overall quality of life, increasing the likelihood that residents lead an active lifestyle (thus improving the health of a community), and sometimes even providing a sense of history.

However, the case less frequently heard is that parks can serve as catalysts that spark the revitalization of communities. According to the Trust for Public Land, “Numerous studies have shown that parks and open space increase the value of neighboring residential property. Growing evidence points to a similar benefit on commercial property value." In choosing where to locate facilities, corporations consider access to park and recreation facilities an important quality-of-life factor.

A prime example exists in the recently developed Railroad Park (pictured above) right here in my hometown of Birmingham, Alabama. A former railroad corridor site once used as a freight depot, Railroad Park is a 19-acre green space in the middle of downtown featuring great amenities such as a lake, trails for walking, running and biking, a skate park, Wi-Fi access, playground areas, and a pavilion for outdoor concerts. Since opening to the public in 2010, the park has been credited with sparking the revitalization of the city center, which now includes adjacent developments such as Regions Field, a new baseball stadium for the Birmingham Barons representing a $64 million investment, multiple residential and mixed-use developments (loft apartments, condos and commercial space representing over $100 million in investments) and the Rotary Trail, a $4.5 million investment extending the park into additional greenways featuring walking and running paths, bench seating, and picnic areas among other amenities.

Now, of course, most communities won’t develop parks of this scale, and grant funds were just a small piece of the investment pie. But my point is still the same: It doesn’t matter whether the project is large or small; investments in parks create neighborhoods where people want to live and communities where businesses want to operate. And that, my friend, is what you call economic development.

Grants for Parks and Recreation

Now that I’ve got you thinking outside of the box, I’ll leave you with a few ideas of where to start if you’re seeking funding for parks:

2. Kaboom: A national non-profit supporting the development of playgrounds

3. National Recreation and Park Association: A nonprofit organization dedicated to the advancement of public parks, recreation, and conservation

Kim Richardson, MS, GPC, is President of Kimberly Richardson Consulting, LLC (www.kimrichardsonconsulting.com), a for-profit consulting firm specializing in the provision of grant writing services, grants management assistance, training and technical assistance. With nearly 20 years of experience, she can account for over $62 million in successfully secured and managed grant funds to date. Specializing in federal grants assistance, she is the author of The Official Federal Grants Prep Guide. She has been an eCivis grant writing partner since 2011. To contact Kim, email her at kim@krcinc.org. 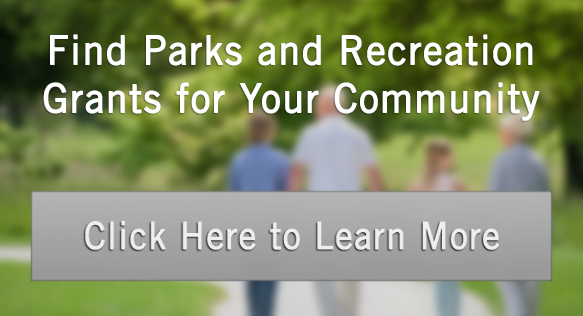 What’s the ROI of Hiring a Grant Writer?

In  my work, I have occasionally addressed the question of what the ROI of hiring a grant writer...

Sports Grants - It's a Great Time to Kick Around Funding Opportunities

Are you looking for funding opportunities for youth athletics? Whether it is soccer, tennis,...

Making the Most of Grants in Government

In our latest webinar, we spoke about the value of lifecycle grants management and how state,...