Last Friday, the Office of Management and Budget (OMB) released the mandated preliminary sequestration report detailing automatic federal program budget cuts, known as sequestration, which are stipulated by the Budget Control Act of 2011 as a result of failure by the Joint Select Committee on Deficit Reduction to produce a bill identifying budgetary savings of at least $1.2 trillion over ten years (2012-2021). It’s a sort of built-in penalty for congressional stalemate, and it could result in across-the-board federal program pummeling, affecting everything from education to national security to core functions, unless Congress intervenes in time.

Show Me the Cuts

If Congress doesn’t step up, the automatic spending cuts could come into effect on January 2, 2013.

The National Education Association (NEA) shows a breakdown of the sequestration impact state by state, calculating federal cuts per program, the number of students affected, and projected job losses. The NEA notes that “Title I grants would be cut by $1.2 billion, cutting services for 1.8 million students and eliminating more than 16,000 education jobs.” In addition, “IDEA grants would drop to 2006 levels,” with School Improvement Grants receiving a $45 million cut. Rural education programs would suffer a $15 million cut.

In particular, rural schools could face dire consequences if a budget deal isn’t made. According to the article in Education Week, cuts to formula grant programs such as the Rural Education Achievement Program could adversely affect rural schools that rely on formula programs and that haven’t the capacity to vie for competitive grants. Formula programs give districts money based on the number of students who qualify for programs.

Sequestration threatens federal programs across the board, and Democrats and Republicans, not to mention the many and varied interests that could be hurt by the budget cuts, have been speaking out. In the meantime, eCivis will keep up with the news to keep you informed on how grant programs could be adversely affected. Read more about how eCivis can help prepare you for the competition. 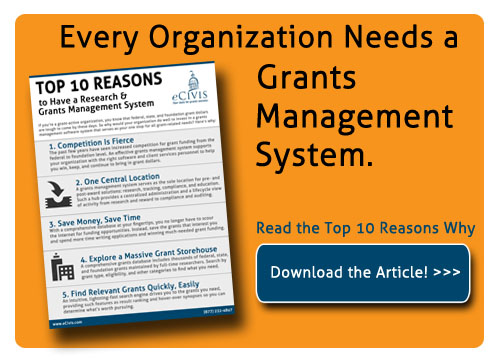 Continuum of Care (CoC) Program awards: These were announced this week, with approximately $1.54...