The America's Great Outdoors:  Developing the Next Generation of Conservationists Program

According to U.S. Secretary of the Interior Sally Jewell, one third of employees in the Department of the Interior will be eligible to retire in the next five years. The challenge is how to transfer all that wisdom, skill, and knowledge to younger generations, many who would be more likely to recognize an Angry Bird than a bald eagle. Estimates hold that childhood in the age of video games means seven minutes a day in unstructured play outside and seven hours in front of a screen of some sort. The National Fish and Wildlife’s program America’s Great Outdoors: Developing the Next Generation of Conservationists aims to reconnect young people with their natural environments. In addition to all the physical, mental and emotional benefits there are to experiencing wild places, America's Great Outdoors equips them with the conservation career training needed to answer the help wanted signs that may be appearing soon.

The America’s Great Outdoors: Developing the Next Generation of Conservationists Program

This program is a partnership between the National Fish and Wildlife Foundation (NFWF), the Bureau of Land Management (BLM), the Bureau of Reclamation (TBR), the U.S. Forest Service(USFS), the Fish and Wildlife Service (FWS) and a private partner. It’s purpose is to providing financing so that youth aged 16-25, particularly urban, tribal, and minority youth, can be hired in conservation projects. In the first three years, it created 2,300 paid jobs and utilized 35,000 volunteers in 86 projects across the country. Among it's priorities are:


Applying for America's Great Outdoors: Developing the Next Generation of Conservationists Program

Eligible applicants are state and local governments, Native American tribes, school districts, academic institutions, consortia and nonprofits. Educational institutions are only eligible for the Bureau of Land Management and U.S. Forest Service funds. Bureau of Reclamation funds will only go to projects in it's 17 state region. Applicants should submit an eligibility quiz before submitting an application. A tip sheet is provided for further information. The due date is November 17, 2016. 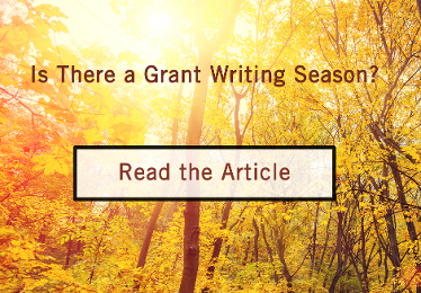 You’ve heard the refrain many times before: If Congress doesn’t act by x date, y funding for z...

Whether they are protecting the air conditioner in our home or the engine in our car, most of us...